January 06, 2016- Screenpresso 1.6.1.10 For Windows. Screenpresso is a free and full-featured screen capture tool and video recording of the entire desktop system.

Using the program, you can capture the entire desktop screen, the selected area or the active window with a single hotkey. Screenpresso also captures web pages and records HD movies – with the ability to export to HTML5.

A distinguishing feature of the program is the auto scroll feature, which is able to capture everything that does not fit on the screen. In Screenpresso, there is also the built-in editor to modify the captured screenshots. We can trim it, highlight, post comments, rounded corners and add various visual effects. Users can share from within your screenshots via Google Drive, Twitter, Facebook, Flickr, DropBox, Imgur or an FTP server. 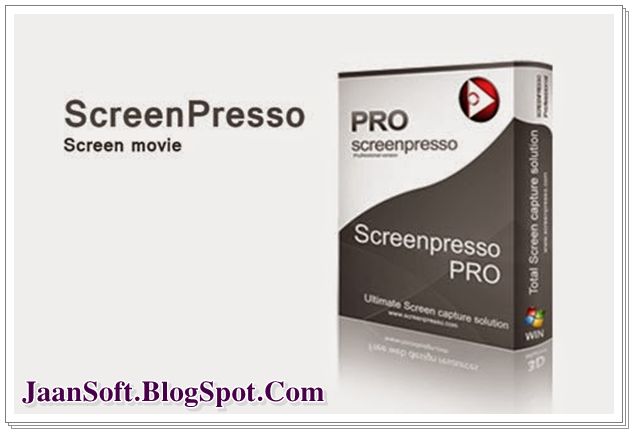 The program can also be installed on the hard drive or to use with its portable version and run it immediately after download. Note: The program is available for free and has many limitations. The list of differences between free and commercial versions – can be found on the official manufacturer’s website. The program requires libraries installed.NET Framework 4 or later.
Important Information Of Software