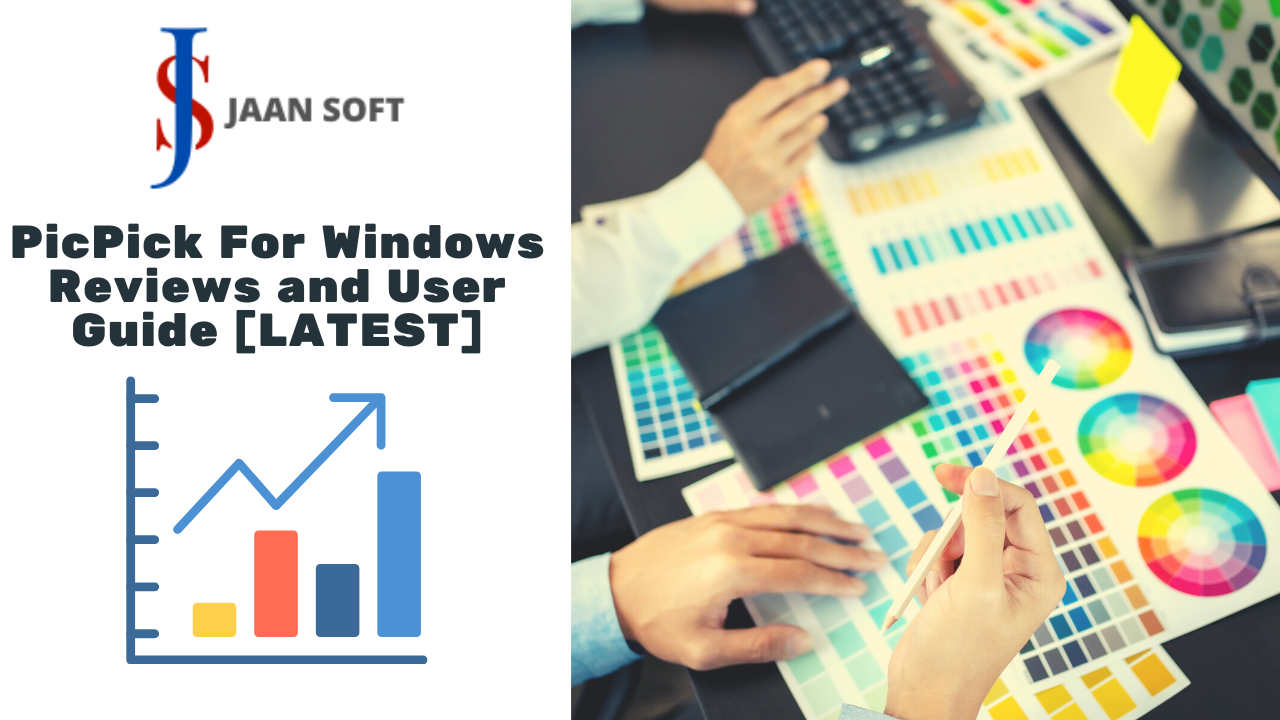 If you’re looking for a review of the Screen capture tool PicPick for windows, you’ve come to the right place. We’ll go over its features, editing options, and how you can save screenshots as PDFs. We’ll also talk about the integration with Box, as well as how to take screenshots and export them to your preferred format. If you’re interested in downloading PicPick, you can find it on the official website for free.

If you’re a tech writer, a screen capture tool like PicPick can save your life. This screen capture software can be used to record multiple windows and the full screen, eliminating the need for manual notes or browser bookmarks. It is also easy to use and integrates with Microsoft Word and some other programs. It is best used for creating slide-based screencasts, but it can also be used to record static screen captures.

The software comes with a graphical user interface and intuitive image editing tools. Features include a pixel-ruler, whiteboard, crosshair, and a protractor, as well as a magnifier. The advanced screen capture wizard allows you to customize hotkeys, as well as image quality. It is also light and efficient, accommodating CPU throttling. The user guide also contains screenshot tips and tricks.

Unlike some screen capture tools, PicPick offers image editing and graphics features. It maps system tray menu keys to the main operations, allowing you to capture screenshots with a few clicks of the mouse. You can even map Alt-Print to capture screenshots even while the software is running in the background. By default, PicPick opens an image editor after capturing a screen, although you can change this behavior to suit your needs.

When you have a screen capture, editing it is as simple as pressing the right mouse button and choosing ‘Edit’. Once the capture is complete, Picpick will automatically scroll down the screen to open the editor. There are many tools at your disposal to improve screenshots – you can change colors, add text, and crop the image. Luckily, Picpick is compatible with the most popular file formats. Read on to find out how to use it.

First, you can choose from PNG, BMP, JPG, GIF, and PDF files. Besides capturing screenshots, PicPick also enables you to edit images directly. With its built-in editor, you can use keyboard shortcuts to save screenshots or edit them in various ways. The tool also allows you to add a watermark, adjust the image’s color, enable a ruler, and even view thumbnails.

The editor also allows you to change the size of the image or canvas, add text or stamps, and apply effects. After saving the picture, you can share it with various social media platforms. The PicPick app allows you to email the picture as well. The editor also comes with various social media tools, including Twitter and Facebook. The app also lets you share your screenshots with your friends. One of its greatest features is its ability to create high-quality images, and users who are worried about the quality of the images may find it difficult to use.

4. Save screenshots as PDF

If you’re looking for a way to save screenshots as PDFs, PicPick is a great option. The app runs on Windows and is compatible with most Windows operating systems, though it is not compatible with Macs. It allows you to create PDFs and supports a variety of screenshot modes. With PicPick, you’ll never be left without a PDF again! With these two features, you can take the best screenshot possible and share it with others, no matter where you are!

The PicPick program enables you to PrintScreen a particular area of your screen or a full-screen image. It saves images in BMP, JPEG, PNG, and GIF format, and supports a number of image hosting services. Its streamlined user interface makes it easy to edit screenshots and use them in any document. To save a screenshot, simply click “Save” and choose the image format you want to use.

The app supports capturing a wider area than the visible part of a webpage. To capture a larger area, simply scroll the screenshot window with the mouse. Once the selection is made, the window will begin to scroll and capture. Alternatively, click “Active Scroll” to capture the full screen. After clicking “Save,” you’ll be given the option to save the screenshot in a variety of formats.

One of the most appealing aspects of PicPick is its integration with Box. This service provides easy and efficient access to photos and other files. You can upload, edit, and share photos from any location. The PicPick app also allows you to customize the image, crop it, and add text, frames, and shadows. Once uploaded, the images can be shared over the Internet or sent via email. There are several ways to access and share your images, including via social networks.

Moreover, PicPick also provides useful accessories. Initially, the software is available for Windows. It has a portable version, an installable one, and a corporate version. It also works on the latest versions of Windows. PicPick is compatible with most modern browsers, including Internet Explorer and Chrome. PicPick integration with Box makes it easier to share your images with your friends and colleagues. It also supports Spanish.

When using PicPick, you can capture the entire screen or part of it. To capture more than a screen, use the scrolling window. A red bounding box will appear in the top-left corner. Click the icon to scroll and capture the area. The image will be captured in the visible area. Alternatively, you can also capture a part of the screen, including the window controls and content. The best part about PicPick is its integration with Box.

If you’re a visual creator, you might be interested in learning how to use the PicPick image editing app. It allows you to edit images with the use of a variety of graphic design tools, such as a color palette, pixel ruler, protractor, and crosshair. It also allows you to adjust the quality of the images and customize hotkeys. PicPick reviews and user guides for Dropbox reveal the benefits and limitations of the program.

A PicPick review reveals that this application is a great choice for enhancing screenshots. It features a variety of tools for editing images, including a color picker, a palette, and a magnification tool. You can even save your creations in PDF format. The app is aimed at advanced users, but it does support basic editing as well. You can also create PDF documents using your PicPick.

As for the software, PicPick can capture your whole screen, an active window, a scrolling page, or a specified area of your desktop. It also features freehand capture, as well as an editor. Other features include annotation tools, cropping options, blurring and sharpening, and watermarks. PicPick also lets you export your screenshots to multiple destinations. It is free to download and use, so it makes sense to take a look before making a purchase.

The interface is easy to use, with ribbon-style menus and advanced features for editing images. You can add text, rotate images, and adjust color and brightness. And, it’s far easier to use than Photoshop or Illustrator. Even intuitive users can use it. It works with Google Drive, Dropbox, and SkyDrive. In addition to this, PicPick offers integration with Google Drive. It also provides a quick and easy way to create high-quality digital photos and videos.

PicPick is a powerful screen capture application for Microsoft Office. It provides numerous options for editing and storing images. It exports captured images directly to MS Office or emails, and can also be used to upload images to social media sites, cloud storage, and other locations on the internet. Users can use PicPick to capture images with any external program, including the Microsoft Office photo editor. The program includes a user-friendly editor and features like a custom background color and cursor. It can also support dual monitors. It also offers various settings and options for capturing images.

If you are not familiar with the Windows version of PicPick, the program provides a free version. However, this version may contain ads and may not be updated automatically. It also does not offer technical support, and users are responsible for manually updating the application. Moreover, PicPick is not meant to be used for commercial purposes. If you are not a graphic designer, it is highly recommended to download the trial version before making a purchase decision.

The free version of PicPick allows users to take screenshots in many ways, including using whiteboard markers and scrolling shots. It also offers various markup tools and options to enhance the quality of captured images. The snipping tool includes a color palette, pixel ruler, and magnifier, among others. It also includes a whiteboard, text, and brightness manipulators. It also integrates with Box, Google Drive, and many other cloud storage services.